The Animation Workshop - Value and Rendering

We had Lawrence again this week and went over some things that we have done before but it was still very useful and i learned a lot more from him. 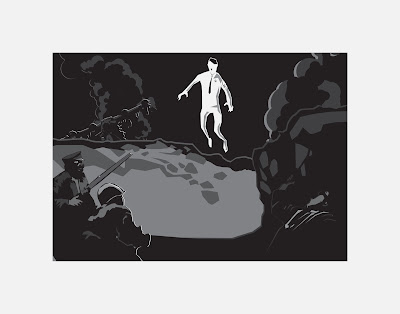 This was a basic value piece that we had to compose using black and white and 3 shades of grey. We had to use pure value to draw the viwers eye to where we wanted them to look. I'm hoping it works. (the floating Hitler) We had to use Scene 1 Act 1 of Hamlet, where the ghost of the king appears to the 3 gaurds, but we could change the setting to any period we wanted. this is WWII. 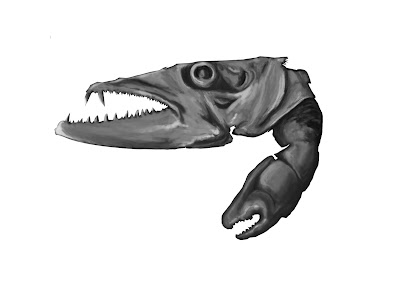 We then had to fully render a 2D piece to make it look as 3D as possible but again just using values. The theme was "A Weapon from Atlantis" i'm not too happy with the results as it still looks flat around the edges as i didn't use any depth, especially around the jaw and teeth. It's supossed to be a fish-gun... with a claw handle! 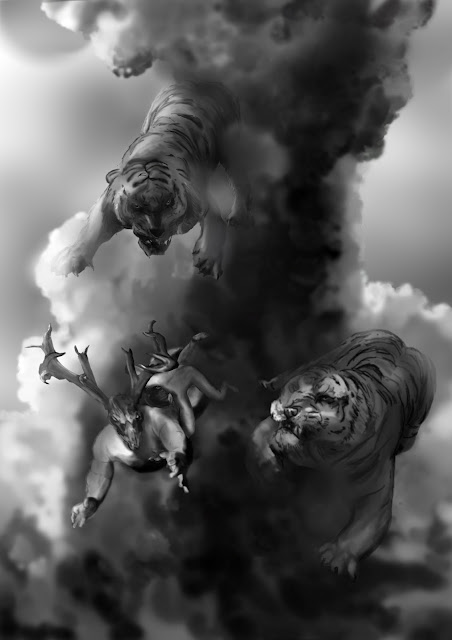 We then had to fully render a full scene again using value. The theme was "your imaginary childhood friend rescueing you as an adult" (this is not MY imaginary friend... just AN imaginary friend!!!) i think i good some good rendering and value on the tigers and the clouds... but there is still some line on the tigers that i don't want and especially on the imaginary friend and the rescuee... these are not done well at all and the values are very bad as this is supposed to be the focal point... also it doesn't look like there are two "people" there. 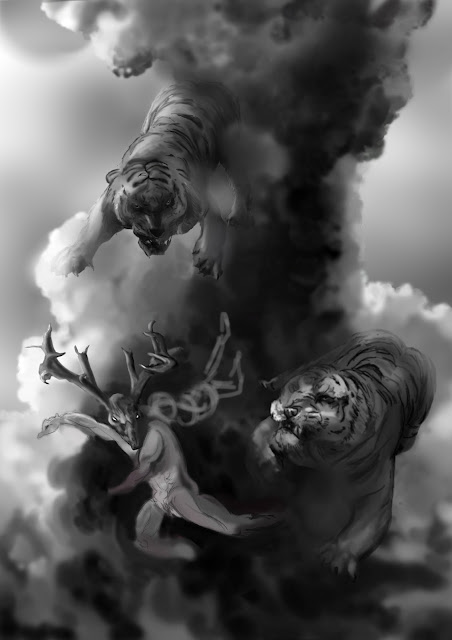 i am currently trying to fix the problems i outlined above by adding some more black in the clouds surrounding the people and bringing the value up... also i have gone fro a more dynamic pose... i think this will work a lot better.
﻿
Posted by Unknown at 03:03