We had Lawrence again this week... but this time we were working in colour... i never knew it was so hard!!! colour theory and complimentary colours... and we were using PAINT!!! as such i don't have a lot of work from the week... except a few of the final images... the theme was "Neon Night Time in Monster City". I did a sketch of the monsters and the city... They are waiting to get into a club in the seedy slums part of town... longing to go to the cool bars in the big city. We then had to paint thumbnails of the sketch with light and shadow from the neon lights using complimantary colours mixed with the local colours of the objects/monsters... with PAINT... really really small!!! 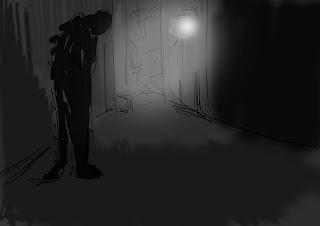 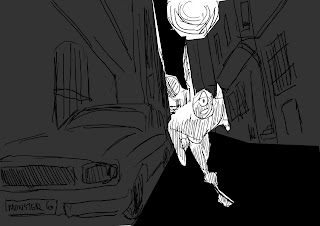 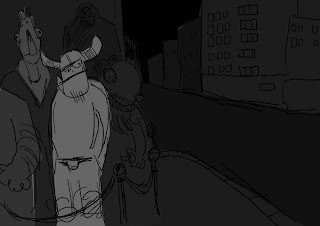 ﻿These were my initial sketches... they were apparently not detailed enough so i had to do another more detailed sketch... considering the task i really think it was hugely unnecessary as we were working so small and the level of detail we could actually get with the paint was poor. 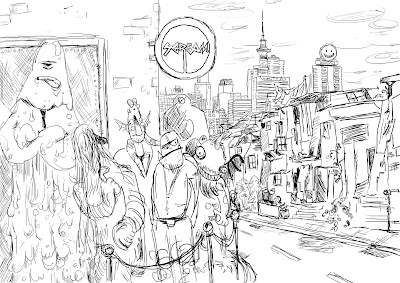 this is the final sketch... a LOT more detailed... and as you'll see below... very unnecessary! 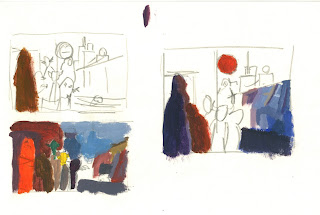 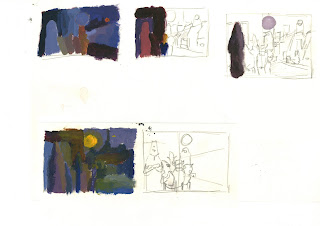 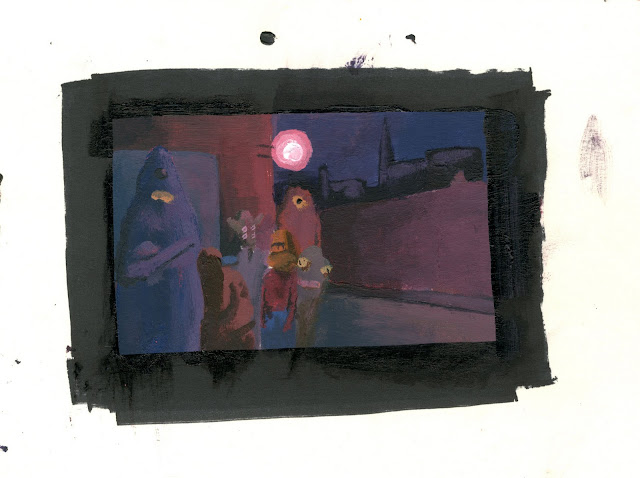 I think i finally got it looking lit... and there is some good values going on and you know where to look... it was a very hard project... and i just want to point out that this painting is size A6...!!!
Posted by Unknown at 03:41