This week we had Christian DeVita from "One Hand Clapping" in London. It was one of my favorite weeks as we got to learn about the stroy telling process and how to visualize the story from a concept. This is something i am really interested in and am seriuosly considering it as a career. 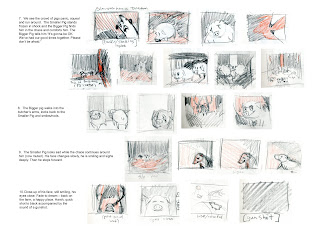 As it was an "ESCAPE" themed project that will be running for a few months off and on we wanted to come up with an idea that would keep us interested through out. We settled on an emotional tale of a pig's journey to slaughter and how he comes to terms with his imposing death. above is our first draught of the storyboard. 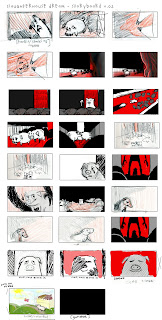 We refined and coloured the scene but it was still missing a lot of camera shots we wanted to use to tell the stroy better. Even though we will only be using 5 seconds of the scene to turn into an animated short, we really wanted the have a feeling of impending doom and get the impression that there is no escape. 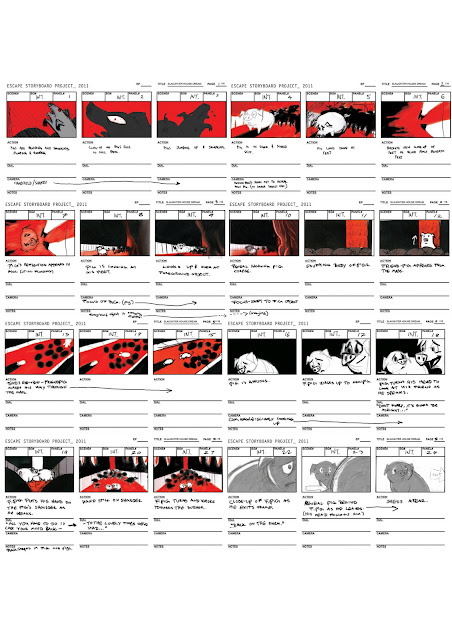 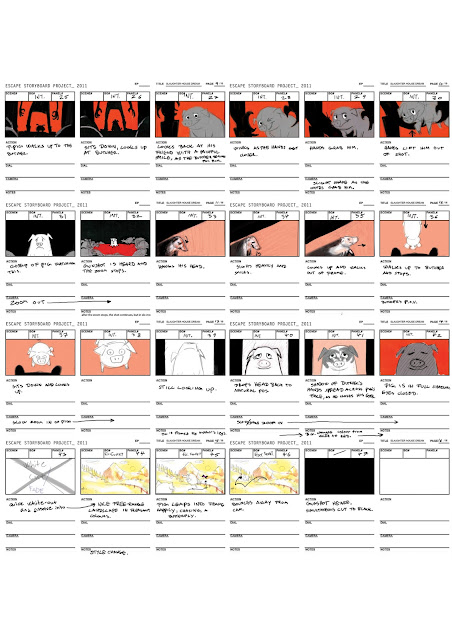 This was our final storyboard... it is by no means the completed thing as we only had a week. but i think it really tells the story in a unique way. with the pig eventually submitting to his fate but doing it willingly and escaping the only way he can... into his memories.
I really learned a lot and would like to do more of this and this excercise has lead me to think about directing too.
Posted by Unknown at 02:31