This week we started a 6 week project in which we will build our first fully renered 3D model and place it in a scene. The theme is VIKINGS. We had to imagine we were casting an animated film with very stylized and simple vikings. Firstly i wanted to try and get some strong silhouettes by using a large black marker and not thinking about detail or how it would look. 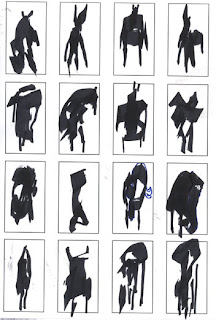 After the silhouettes i went on to sketch a few out and develop some ideas.
Here are some initial sketches of some vikings 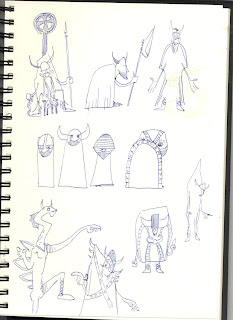 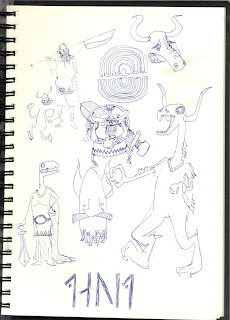 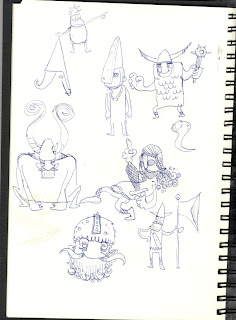 I then decided after researching viking rune stones i wanted to make them non-human and use some of the textures from the stones and runes to make them look as though they were some how made of these materials. 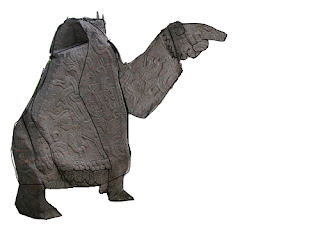 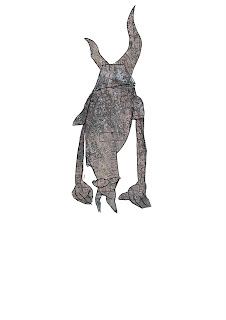 We then had to produce a line up of 3-5 characters that would feature in our fictional film... i chose to make the vikings part of a rock 'n' roll band... ROCK 'n' roll...!!!
Anyway... these are my final characters... 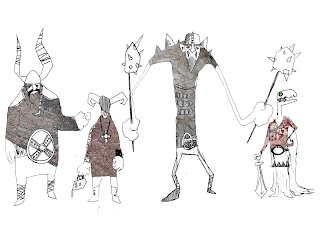 We had to choose one character to develop and eventually model... i chose the tall drummer character (the one with the gigantic spikey drumsticks!!!) and here is the turn around of the model... this is used to see the dimensions and to help the modeller retain the size and shape of the concept. 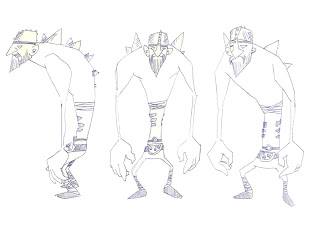 I then had to pose the character in an indoor environment ﻿with light and texture... to give the impression of what it would look like when finally rendered in 3D... i am not happy with the background at the moment and will change it slightly to be a little more inkeeping to the style of the figure. I am also missing the drumkit and the stool... these will all be added a bit later. 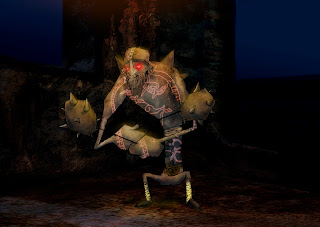